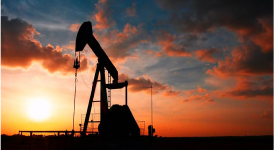 The Four Corners Air Quality Task Force was conceived as a broadly representative stakeholder forum to address pressing air quality issues in the Four Corners area. This project was jointly convened by the States of Colorado and New Mexico with the support of other federal, tribal, and state tribal partners.

This highly successful collaborative process involved more than 250 volunteers representing local residents, public interest groups, industry, and local, tribal, state and federal government representatives. This diverse group wrote a 550-page Report describing 125 mitigation options, as well as key findings on air quality monitoring and a major inventorying and modeling effort. This material will support the agencies in managing air quality for years to come and is the basis for cooperative planning efforts in the area.

​RRC was hired to develop a process that would accommodate the two-year time frame and the open meeting format while accomplishing the primary objective: a written report of mitigation options for air pollution by the Task Force members. Additionally, RRC was responsible for all aspects of Task Force communication including onsite meeting management, website management, supporting materials development, meeting records, working sub-groups progress, and the development of the Report format and drafts. In addition, RRC designed an on-going comment process whereby all Task Force members and other interested parties could provide input as the Report was developed; this culminated in a web-based review process for the final draft. Click here to visit the website for the Four Corners Air Quality Task Force, or download the report directly here.
New Mexico State Forestry

New Mexico’s Governor Bill Richardson called for a statewide plan to address forest health and placed the responsibility for convening the planning process with the then State Forester, Arthur ("Butch") Blazer.

RRC was hired to aid in fully scoping the planning process, and then managed and implemented the 18-month effort. RRC also conceived and managed a pre-planning assessment to aid in framing the issues, authored the planning document and incorporated the iterations of comments and revisions, and oversaw all outreach efforts including a two-day workshop of some 275 participants and four public meetings held in locations throughout the state.

This 18-month effort involved more than 400 stakeholders from federal, state, tribal and local governments, as well as private landowners, academics, environmentalists and representatives from industry and public interest groups. One key outcome of RRC’s involvement was the expansion of the plan to include watersheds for a more holistic approach to landscape restoration and management. The planning process brought together all of New Mexico’s departments responsible for environmental issues including Public Health and Environment, Agriculture, Water, Natural Resources and Minerals. The Plan was signed by all of the principals involved and was formally accepted as the State Plan with the Governor’s signature in March 2005.

New Mexico’s Plan has been recognized both regionally and nationally as being on the vanguard of work being done in ecological restoration and provides a model for Western States.  After his term as State Forester, Mr. Blazer was offered the position of Deputy Under Secretary for the Environment, USDA.