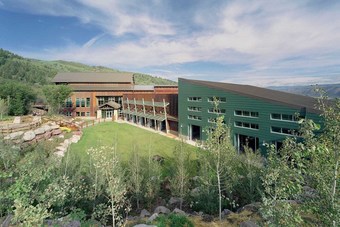 The community of Aspen, world-class in so many ways—skiing, the arts, education—was plagued with barely adequate recreational facilities. What facilities they did have were rundown and struggling to meet a demand that far outpaced them. One of the most pressured examples of this was the town ice rink, more than three decades in age. The City had plans to renovate the town’s pool, but there was an opportunity to do more. The problem was that the City had limited funds, so a group of concerned citizens formed to raise the additional $8 million needed to build a world-class recreational sports facility including a complex of pools, an Olympic standard ice rink, climbing walls and youth center.

​RRC was hired to provide campaign counsel to this citizen group—to teach them about capital campaigns, aid in the design of a campaign plan, including developing case statement and other collateral materials, train group members in fundraising techniques, and coach them as the campaign progressed. Shepherding the group to the lead gift of $3 million, RRC advised the group to hire a campaign coordinator to handle the myriad administrative details of the campaign. RRC developed the job description, conducted the search, and when the right individual was hired, RRC provided the initial training and then ongoing coaching until the end of the campaign. Click here to visit the website for the Aspen Recreation Center.
Aspen Valley Ski Club
One of the country oldest major ski clubs wanted to build a new Clubhouse and offices. They had land donated and were ready to announce their fundraising campaign to the community.

RRC was hired to provide counsel to the board and Executive Director on how to conduct a major capital campaign. At the outset, RRC conducted an initial assessment of the organization and found several major impediments to starting a substantial fundraising effort. In discussion with the board, it was agreed that board development (restructuring and review of roles) and strategic planning would come before the campaign was launched. From the strategic planning a new vision of the Club and its role in the community was created. New leadership on the board took on the responsibility of the capital campaign and RRC worked to design a campaign phase-by-phase effort, write and design campaign materials, and train on fundraising techniques.
​
Although the organization had a $1 million dollar annual budget, the campaign goal of just under $4 million was reached and a new state-of-the-art, 10,000 square foot Clubhouse was built at the base of Aspen Highlands, right next door to the schools where kids can walk over and head out into the snow. With a lift in the backyard and a commons area where kids gather to train, to work on their studies, and to begin the dream of Olympians, the Club finally had the home of its dreams.
​
When that was finished, the executive director decided it was time to step down, and with RRC’s help, a nation-wide search for his replacement began. Another six months later, the first-choice candidate was in place and the Club was poised for its next half-century.