Since 1916, NPS has been entrusted with the care of our national parks. With the help of volunteers and partners, they safeguard these special places and share their stories with more than 275 million visitors every year. NPS preserves unimpaired the natural and cultural resources and values of the National Park System for the enjoyment, education, and inspiration of this and future generations. Addressing contamination resulting from historic land use and/or operational activities is central to the NPS mission.
​
RRC was hired to conduct a strategic assessment followed by a strategic planning process for the Contaminated Sites Program (CSP). This program was directly managing about 24 of NPS's most complex cleanup projects. However, as the cleanup capability grew, more and more sites were brought to this small shop. Capacity was far below what was needed to meet the demand. The strategy called for discontinuing the program's emphasis on direct management, and instead on developing the agency's field capacity by creating consistent best practices and developing a cadre of cleanup practitioners. This transformation of CSP's business model would touch every aspect of its operations, and require collaboration among a wide variety of teams in NPS and the Department of Interior to accomplish. 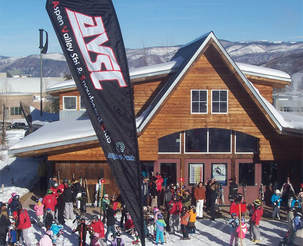 One of the country's oldest major ski clubs wanted to build a new Clubhouse and offices. They had land donated and were ready to announce their first-ever capital campaign to the community.

RRC was hired to provide counsel to the board and Executive Director on how to conduct a major capital campaign. At the outset, RRC conducted an initial assessment of the organization and found several major impediments to starting a substantial fundraising effort. In discussion with the board, it was agreed that board development (restructuring and review of roles) and strategic planning would come before the campaign was launched. From the strategic planning a new vision of the Club and its role in the community was created. New leadership on the board took on the responsibility of the capital campaign and RRC worked to design a campaign phase-by-phase effort, write and design campaign materials, and train on fundraising strategy and techniques.

Although the organization had a $1 million dollar annual budget, the campaign goal of just under $4 million was reached and a new state-of-the-art, 10,000 square foot Clubhouse was built at the base of Aspen Highlands, right next door to the schools where kids can walk over and head out into the snow. With a lift in the backyard and a commons area where kids gather to train, to work on their studies, and to begin the dream of Olympians, the Club finally had the home of its dreams.

When that was finished, the executive director decided it was time to step down, and with RRC’s help, a nation-wide search for his replacement began. Another six months later, the first-choice candidate was in place and the Club was poised for its next half-century.
​
Visit the website for the Aspen Valley Ski/Snowboard Club.